Mindful leadership: How to bring mindfulness to your company’s leadership 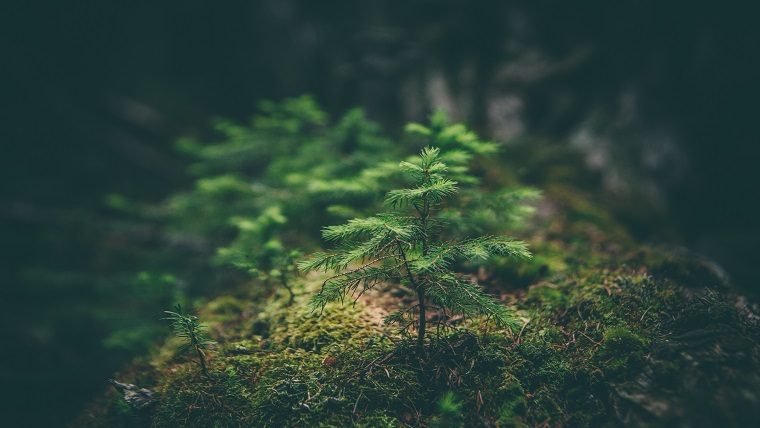 Practicing mindful leadership is more than just showing up.

The world needs creative leaders who are able to change the future. The paradox with these leaders is that those who are best at shaping the future are all firmly rooted in the now.

In addition to knowing how to connect with what's happening in the present, these leaders feel and use how it affects them on a deeper personal level. They are not just reacting on impulses; they are continuously giving true answers to themselves and to the people around them. This ability goes by many names: being in the here and now, connected, aligned, or practicing mindfulness.

The ability to be mindful is not something mystic. Almost everyone recognizes mindfulness and has experienced it in themselves and others at some time or another. However, it is not always easy to talk about, precisely because it involves more than our cognitive and verbal abilities. It is also a crucial aspect of creative leadership, therefore we spend time on mindfulness every morning during the THNK Executive Leadership Program.

One THNKer’s journey to mindful leadership

THNK encourages its future leaders to be as mindful as they can be. Take THNK participant Ed’s journey as an example of how leadership can unfold while being present.

Ed was in charge of running the European businesses at a multinational and was on his way to an even more global position. During his coaching, the topic of passion and purpose arose, as it is one of the foundations of creative leadership. Passion? Yes, that was something he could immediately recognize in himself. But purpose didn’t ring a bell and it shocked him quite a bit. “Am I without a purpose, then? Is my passion the same as my purpose? Where can I find my purpose?” These questions occupied him for weeks. His coach invited him to not only share his thoughts but his feelings at that moment and how significant they were for him. By doing that, Ed stepped into the here and now, acknowledging how he really felt. Feeling his energy and his body, he started to be more mindful. Things began quickly changing for Ed.

Once Ed managed to step outside of his beliefs and rules and not be anxious about the future that the company had in mind for him, he was able to reconnect with himself. He started to see the significance of his exhaustion and to see that he was not leading fully from within himself, but instead from a place of fear and obligation.

Now, Ed went to work to connect his passion to his purpose. It was as if a magical button was pushed. Within a couple of weeks, Ed changed his role completely, taking full leadership of an important change operation. He started practicing mindfulness as part of creative leadership. His feelings of tiredness vanished and he experienced a burst of energy. Talking to Ed today, he feels connected to himself, his passion, and his purpose. His new team recognizes this, and many major changes have been implemented in flow.

Mindfulness: The power behind transformational leadership

Mindfulness is a state and the way people experience it can vary from person to person. One way is by describing it as energy. Mindfulness feels energizing and energetic. It is a nice blend of different energies within a person, one that could be described as a “being energy” combined with a “thinking and doing” energy. It can be perceived both internally and externally. Internally, mindfulness makes us feel passionate about what we are doing and to which we feel a strong purpose. We are in touch with and in charge of our limiting beliefs and thoughts. Externally, mindfulness makes us connect to others, really listening to what is on the table, giving answers instead of reactions, showing body language and tone of voice that is congruent with the situation and the way we feel.

When leaders effectively practice mindfulness, they can unlock the power of transformational leadership, inspiring positive change in themselves and their people.

Get unfocused: How not to be mindful leader

Many of us are skilled at not being present. Try these tips to stay unpresent:

The good news is we all can be mindful if we want. It requires time, hard work, and self-discovery. It will be experiential learning, but it will eventually fall into place. You will begin to differentiate between feeling truly present and not. There is no quick fix: mindfulness is not a set of behaviors you can adopt or fake. Creative leadership is about finding what works in your given situation, and what works to enhance individual mindfulness.

Becoming more mindful can be as simple as going for a walk outside and paying close attention to the change of temperature, the wind, and the feeling of the sun on your skin. It can be turning off your smartphone or closing your inbox for certain periods to maintain a steady flow. Mindfulness is not at all about sitting in a lotus position for long periods of time. There are simple things you can do consciously – see what works for you, and what doesn’t. Some suggestions to try out on your own:

Purpose: stress reliever in the moment, getting back in the body. This can be done at any time when feeling anxious, tired, sad, etc. Notice the immediate effect.

Purpose: getting back in the body.

Mindfulness is not a mystery. We know it when we see or feel it in others and ourselves. We know it is valuable. We also know when it is gone. True creative leaders are capable of holding on to it and integrating it into their lives to turn it into a tool for true success.

Practice mindful leadership while connecting with your passion and purpose in the THNK Executive Leadership Program.