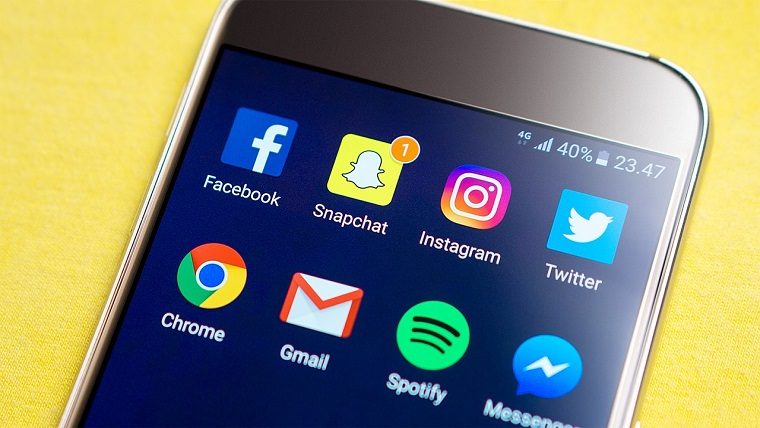 Platforms like YouTube and Twitter have different roles, rules, strategies, and business models than typical companies. They create completely new markets, are highly disruptive to existing ways of operating, and are, by their very nature, suitable for scaling. Understanding platform thinking is a must for entrepreneurs and businesses, especially for social entrepreneurs who want to scale their impact without making large investments. Find out how you can apply platform thinking to your own start-up or business.

Sangeet Choudary specializes in researching and designing platforms. He mentors start-ups in platform thinking and advises large companies about the threats of platforms. During a forum session at THNK, Sangeet led us through the fundamentals of platform thinking. Join us here on a crash course through the basic theory, and watch some of the exchanges with participants about their projects.

Most companies are pipes: you send out the content or product to the consumer. You design a product, manufacture it, market it and sell it. Most media still work this way: news, stories, books, television programs and films are produced, then distributed. Education still functions predominantly on a pipe model. Even when there is interaction with consumers in the form of market feedback, the model is often still a pipe model.

A platform works according to different rules. It is a place where the producer and consumer share or exchange things without direct intervention by the platform owner. The interaction may consist in sharing news, personal information, a photograph, a video clip, a car-ride or a place to stay. The consumer is often also a producer. The amount of overlap varies: on YouTube, a small minority makes the clips that the majority consumes. On Twitter, most consumers of tweets are also producers of tweets. Facebook users produce content and consume content. They do this according to the rules and structures set up by Facebook, but independently of Facebook being involved in the interaction through editing or curating. Facebook has also built in a monetization system based on advertising through which it can profit from platform activity. Platforms – at least if we judge by their stock market valuations – can be extremely lucrative businesses.

You need a network for the platform to be useful, and you need a platform to get a network. It obviously doesn’t work if there is only one person sending a tweet. There is thus always a chicken and egg problem. There has to be content, and people have to want the content. People will only come to a platform when there’s content, so you have to provide content. A lot of the selection of what content comes on the platform will initially be done by employees; later, it can be outsourced until most of it is produced by users of the platform.

2. The first step: Identifying the interaction The mistake people usually make with platform thinking is that they start to think of how to make the technological aspect of the platform work first. They think that if they build the platform, then people will come. That is putting the cart before the horse. It’s like building a stadium somewhere and expecting thousands of people to suddenly show up. You also need a football team that people want to watch, a competition that this team takes part in, and fans that want to come to the stadium. For the infrastructure to make sense, there has to be an exciting interaction. Analyzing and finding the interaction is thus the first step in building a platform.

Platforms function as hosts for interaction between producers and consumers who exchange or share what Sangeet calls a ‘core value unit’. You will need to understand the relationship between the producer and the consumer that you aim to host with your platform. Identifying the interaction that you want to facilitate is the first fundamental step in platform thinking. Then you can start thinking about what the core value unit will be.

At a second stage, we can think of the network that you want to build on your platform, the tools and rules that will structure platform interactions, and the role that data will play in coming up with algorithms or contributing to monetization.

In order to identify the interaction that your platform will facilitate, it helps to start with an even more basic question. What pain point of consumers are you addressing? How will the interaction benefit them?

THNK Creative Leadership Program participant and designer Ida Norrby asked about building a platform for doctor-patient interactions. For some diseases, the doctor-patient interaction is far from satisfactory. The patient feels they are not getting the right information and are not getting the right attention from the doctor. The doctor feels they are not getting enough information from the patient. The idea is to make a platform on which people can share information about the disease, about the treatment, and that this will help alleviate the pain point of both patient and doctor.

While this is, of course, a useful and worthwhile idea, the difficulty, as Sangeet explains, is that we shouldn’t start by building the platform and hope it will get used by doctors and patients. Instead, we should start by identifying the specific pain point that is being addressed, and the specific interaction between doctor and patient that this platform will enable. Once you have identified the interaction, you will want to test your assumptions about its efficacy by establishing a metric.

The way to think of building a platform is not by copying existing platforms that have already scaled such as Facebook or YouTube, but to think in terms of an interaction that you would like to facilitate. You really need to get the relationship between producer and consumer straight. You need to start from the pain point. You can make a platform without using software at all. You can start with a network of people and be an intermediary to a transaction. If that works with a prototype of 10, or 50, or 100 people, with you being a physical intermediate, then you have something that you might be able to scale to a virtual platform. If it doesn’t work for a network of ten people, it will never work as a large virtual platform. There is no point in spending millions of dollars building a platform if there is no interaction that needs to be supported.

The simplicity of the idea of core interaction is shown in another example. THNK participant Viviana Cadavid’s project is to bring worthwhile entrepreneurial projects to Colombia.

Once you have identified an interaction, a core value unit (the content that is being shared) and a network of people you want to involve, you need to start thinking about a system of rules and tools. These are guiding principles that determine how the interaction will take place on the platform. The rules of Twitter: a tweet can have a maximum of 140 characters, can contain links, images or video, may be favorited or retweeted, and can become trending. Twitter members can follow people and attract followers. Most platforms start with a few simple rules and experiment by adding additional possibilities.

Platforms can easily be scaled. If we want to realize our ambitions to change the world as social entrepreneurs with small, dedicated teams, then setting up a platform is a promising way to scale quickly without needing to become a massive organization.

As the platform owner, you want the interactions between producers and consumers to take place independently of your having to curate or enable them. Once these interactions can be governed by a set of tools and rules, and matchmaking can be done through algorithms rather than human intervention, the platform can take off. Then the value that the platform has created can be fully utilized. If you need to be present in the interchange then it cannot scale significantly.

Another advantage of platforms, if they fulfill a real need, is that they sell themselves. You don’t need a specific marketing department. People on the platform will advertise it for you. The users of the platform are its ambassadors. THNK participant and managing consultant Sabin Lakhani, is currently building a platform to provide sustainability for artisans and workmanship. This platform aims to link artisans with volunteers to help create sustainable business models. She asked about the resources required to build a platform and to market it. According to Sangeet, the question you should ask is: how can you re-imagine your marketing team? How can you make the user your marketing team?

5. Every business has a platform angle

If you’re an existing business, there might be aspects of your business that can be ‘platformized’. Many businesses today will have both pipe and platform elements. Some businesses may be pure pipes or pure platforms, but most are hybrids. If you are working in an existing business or start-up, the first question should be: what is the platform side to my business? Then you need to think: what is the relation between producers and consumers that I want to facilitate, and how am I going to do that? Then, how will I pull myself out of the equation? What is the exchange that I want to generate, without being involved in that exchange? People don’t care what platform they are on; they care about their pain point being addressed and the interaction being facilitated. Monetization should not be an afterthought in designing a platform, but it should not be the first concern either. The first concern is how to facilitate that interaction.

A simple but extremely efficient way to create value is to simplify an interaction from the perspective of the consumer. For example, make sharing a photograph as simple as taking it and pushing a single button: that is the promise of Instagram. Where in the past you had to take the photo, upload it, apply a filter, then post it on a different platform, this can now be done in a single move. This is an effective way of addressing a pain point felt by a consumer. Anything that allows an interaction to take place more simply, more naturally, or with less hassle, is a potential idea for a successful platform.

6. The next wave of platforms

Let’s conclude this crash course with some thoughts about the future of platforms. How are they evolving? What aspect of our lives will take place on platforms in the future? THNK participant and designer Anne Miltenburg pointed out that, at the moment, we see bite-sized goods on platforms. She wanted to know if more complex services or goods would be coming to platforms in the future. Sangeet answered that the first wave of platforms was social media. The second wave was the sharing economy. The reason this did not happen earlier was because of the lack of verified identity. Some platforms involving financial transactions or trust can only work if safeguards are in place. That is what eBay and PayPal needed in order to take off. The third wave is even more encompassing, and a challenge to much of current production.

Finally, there are some things which we don’t think of as platforms, but which could be understood and treated as platforms. Answering THNK participant, venture capitalist and start-up advisor Wempy Dyocta Koto, Sangeet explains why he sees Bitcoin as a platform. It is more than a crypto-currency; the genius lies in connecting an act of labor to the creation of Bitcoins. What Napster is to music, Bitcoin is to money.

To sum up the insights into the characteristics and promise of platforms, here are some simple instructions for the first crucial steps in building a platform:

To discover how your business could be “platformized,” join the THNK Executive Leadership Program.