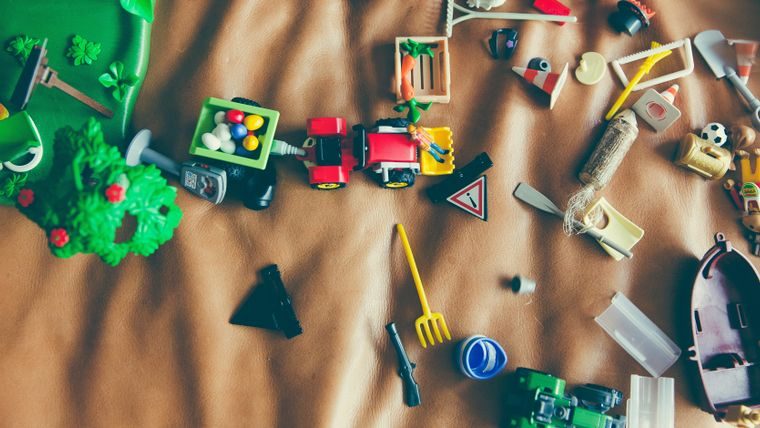 Things have definitely gotten out of hand. Executives in suits are rummaging around in the LEGO box, a tall man is putting on a wig and speaking in a high-pitched voice, and a group has hijacked all the furniture to build what looks suspiciously like a fortress. Not a scene from an asylum, but the Prototyping phase of THNK’s Creation Flow. It’s time to turn new ideas and visions into something tangible, a product that can be used and tested, broken up, and rebuilt a dozen times. For innovation leadership, this prototyping idea is a crucial step in the creative process.

It is virtually impossible to develop creative solutions to complex challenges and get this perfectly right the first time around, hence prototyping. Prototyping is about quickly fabricating the envisioned solution, then going through multiple iterations of testing it with users and fabricating new versions. The cost of fabrication should be low and the process of making and testing should be rapid. This is why a more accurate word for prototyping would be polytyping – it’s all about iteration.

There are three important advantages of creative Prototyping:

Innovation leaders should be champions of prototyping and many that have visited us are. Amazon’s CTO Werner Vogels states that the customer’s reaction to the prototype is crucial, so get a prototype out to users quickly, preferably within days. Pixar tool creation director Michael B. Johnson stresses that it should not be a description of the prototype, but the actual thing, a working product, no matter how ugly or clunky – otherwise you are working with assumptions all the time.

It's all about the user!

Any approach that assumes you have perfect foresight into how users will react to your new idea is bound to fail. There is far too much uncertainty on whether you picked the right features, designed the best user interface, chose the perfect shape and form, among other things. Innovation leadership knows that product introductions that are polished and planned to perfection don’t work. Creative Prototypes do.

Innovation leadership also knows that assumptions about what the user wants, even information about her past preferences and behaviors, may not be relevant in a world where everything – including consumer needs and preferences – is in a constant state of flux. What your user told you they wanted just a month ago may have changed already. We should start inviting the user early on to the process of bringing a new product to market. Innovation leadership means probing the user for more critical feedback – how would the user with the prototype be different? What is not immediately clear? What ideas does the user have to make it better?

As humans, we already know the basic principle of leadership prototyping. When we first learned to talk, we started uttering random sounds, and failed, received feedback, then tried again until we succeeded in forming correct sentences. We prototyped our way to success. Now we can reapply that basic principle with some key prototyping mindsets and prototyping tools required for innovation leadership.

At THNK we have noticed that true innovation leadership means adopting a number of mindsets when prototyping. Some of these mindsets go against deeply ingrained ways of working and behaving, so we keep reminding ourselves of them.

Think with your hands

Building concrete and tangible prototype tap a different source of creativity. When the creator moves his energy from his head to his hands, the prototype idea often improves. When done in a creative team, this is the point at which team members get aligned around the idea. Building the prototype surfaces potential misunderstandings, different interpretations or assumptions, and then resolves them. By thinking with your hands, your inner child is unlocked. This child loves to create new things, and is not hindered by the inner critic who wonders how other people might react to it. Play and fun are positive forces of innovation leadership.

Innovation leadership realizes that it must avoid paralysis through analysis. Stop talking about it and do it, build it! One of the big insights from data about prototyping contests is that teams that start building immediately end up with better results than teams that analyze and plan before they start building. We often see THNK participants stuck in the Visioning phase that precedes the Prototyping phase because they are thinking and talking too much. The mere act of moving out of their brain and into their hands makes all the difference. It releases new creative energy and rallies the team around the idea.

We usually resist failure – we are hard-wired to avoid it. But failure should be actively pursued in quick prototyping. If the prototype runs smoothly, nothing new will be learned, yet prototyping is all about learning. So failures are to be expected and innovation leadership even seeks them out, as long as you get feedback on what went wrong. Fail often and fail forward – always make sure to learn from the failure to move forward with an improved version. Also, fail as early as possible and as cheaply as possible.

At THNK, we illustrate this through one of our Eye Openers – innovation games inspired by improv theater. In this game, we give people a task that becomes increasingly difficult and at some point, we know they will make mistakes and fail. At that point, we ask them to share their failure with others by throwing their arms up in the air and shouting out “How Fascinating!” The failure has been publicly acknowledged, others can learn from the mistake, and we can move on to try again. Our participants tell us that this feels liberating and allows them to continue improving, trying, and failing. Sharing your mistake, exaggerating it, and laughing about it takes the sting out of failure. It even makes failure fun. If innovative leadership can create that culture, things will move much faster and much further. It is one of the best ways to learn quick prototyping skills.

Rapid prototyping is about churning out one prototype after another. This means resisting the tendency to improve and perfect things before testing them. Innovation leadership knows the importance of keeping the speed up – and, as writers say, “kill your darlings.” For a new variation to be born, an old one must die. The word prototype is often associated with the final “working prototype” that is created just before market launch. At THNK, we believe that this is way too late in the process to further your thinking and build the idea. Innovation leadership means making many prototypes, and keeping testing them with users. The final working prototype will be your final iteration in a long line of quick prototypes, rather than the first time you put everything together.

The magic and power of prototyping comes out in iterations: going over the process again and again. This goes against our desire to develop finished products, which are right the first time around. Once innovation leadership has shifted its mindset to the idea of multiple iterations, playfulness and experimentation can begin. We know that whatever we add or adapt will be short-lived, until the next iteration. The famous Japanese notion of kaizen, or continuous improvement, makes use of the power of many iterations. A product with many iterations will always be superior to a product that is painstakingly designed to be as finished as possible.

Rough around the edges

A leadership prototype is never really finished – it gets replaced in the next iteration. It doesn’t need to be polished, to be complete, or to look pretty. A prototype is eternally a work-in-progress. It should look unfinished as if it has just been cobbled together with whatever was at hand. Learn to love the rough aspect of prototypes. They belong in a studio, which is the creative space of innovation leadership.

Nowadays a rich variety of powerful, low-cost tools are available for rapid prototyping. Innovation leadership should have ready access to and a working knowledge of the following prototyping tools.

Children’s toys are very effective tools for rapid prototyping – especially in the early stages of the process. These range from LEGO and Play-Doh (Scale Model Prototypes), to crayons (Storyboard Prototypes) and costumes (Role-play Prototypes). Littlebits and Cubelets are a bit more advanced, and good to use when simple electronic or robotic functions are desired.

You will need to step over the hesitation to use simple materials or toys on “dead serious” concepts. We have had to overcome our own hesitations to find that that even very senior executives at large corporations will do this successfully and with a lot of verve. They did not look like they thought it was a waste of their precious time. Release your inner child: it knows what it means to be creative and the joy of play.

3D-printing, FabLabs, etc. nowadays cost as little as office equipment and are simple enough to be used directly by innovation leadership building its own prototypes instead of having to resort to specialists.

3D modeling, drawing tools (e.g., Sketchup), or online games (e.g., SimCity) can model and simulate an idea on a laptop. These tools are typically available at low cost, with fast turn-around time. More advanced system dynamics computer simulations are very powerful and sufficiently unstructured to allow for surprise learning. SimCity is a great tool to prototype with for ideas around cities, mobility, and communities.

Online surveys and on-line panels are simple to create and show quick results. Surveymonkey is a good free resource to design a simple survey to enlist people to provide online feedback. Quantitative feedback can be useful in rating different versions of a prototype or of a prototype feature. One needs to step over the ambition of proper market research; innovation leadership means one looks for insights, not statistical validation. The survey should always include fields for qualitative feedback.

Prototyping is a crucial activity in innovation leadership that is easily overlooked, underestimated or avoided:

Leadership prototyping is a serious job. It has serious benefits in the serious quest for innovative breakthroughs. The playful spirit that goes along with it is functional in that it creates safety to fail, encourages creativity, and also fuels the energy needed to keep on making iterations. The fact that even the most senior executives also have a whale of a time during it can be seen as a very pleasant side-effect, So avoid the pitfalls, and go for it. Build! Break! Try! Play! Dare! And let us know what works for you.