The power and danger of intuition 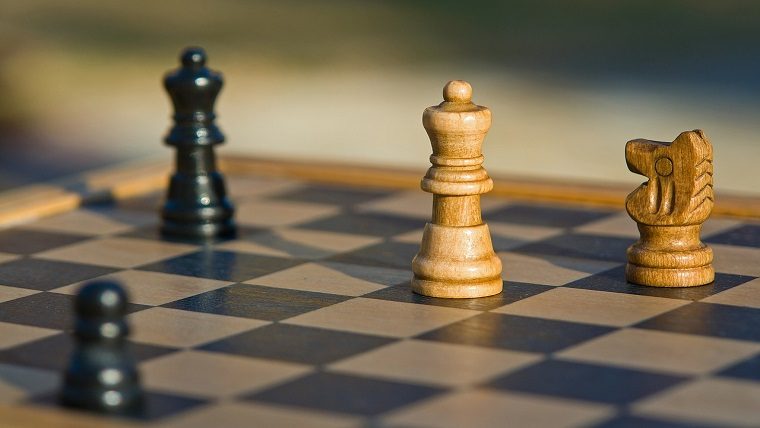 Summarized from Conditions for Intuitive Expertise by Daniel Kahneman and Gary Klein.

Intuitions that are available only to a few exceptional individuals are often called creative. Like other intuitions, creative ones are based on finding valid patterns in memory, a task that some people perform much better than others. Widely-shared patterns of associations exist and are recognizable, although few can find them without prompting.

What makes a grandmaster in chess is the ability rapidly identify the most promising moves. While this simple explanation belies the complexity of this skill, it is only when sparring against mediocre chess players that this becomes evident. The novice might still be considering the best move while the grandmaster will have already identified the dynamics of complex positions available. The ability to judge whether a move is promising or fruitless is, then, the work of a master.

Chess masters acquire a repertoire of 50,000 to 100,000 immediately recognizable patterns. Strong players need a decade of serious play to assemble a rich repertoire of identifying good moves without excessive calculations of outcomes. Intuition is, simply put, the recognition of patterns stored in memory.

Compare with fire-ground commanders, required to make decisions under conditions of uncertainty and time pressure that preclude any orderly effort to generate and evaluate sets of options.  The commanders tend to work on a single option, the only one needed. Their procedure is to draw on the repertoire of patterns that they have compiled during more than a decade of both real and virtual experiences, and identify a plausible option. Once the option is simulated and deemed the right fit for the situation, they implement it. If it is found to have shortcomings, they modify it, and repeat the process until an acceptable course of action is found.

This strategy is effective because it took advantage of the tacit knowledge of each commander. Fire ground commanders are able to draw on their repertoire to anticipate how flames will spread through a building, to notice signs that a house is likely to collapse, to judge when to call for additional support, and to make many other critical decisions.

In assessing candidates for officer training, field tests and other observations are used, including a personal interview. The assessors describe the powerful sense of getting to know each candidate and the accompanying conviction that they can foretell how well the candidate will do in further training and, ultimately, in combat. The subjective conviction of understanding each case in isolation is not diminished by the statistical feedback from officer training school, which indicates that the validity of the assessments is negligible. Faulty statistical intuitions survive both formal training and actual experience.  Many studies in the intervening decades have confirmed the persistence of a diverse set of intuitive errors in the judgments of some professionals.

So intuitive judgments can arise from genuine skill but they can also arise from inappropriate application of heuristic processes.

True experts, it is said, know when they don’t know. Skilled judges are often unaware of the cues that guide them, and individuals whose intuitions are not skilled are even less likely to know where their judgments come from. However, non-experts (whether or not they think they are) certainly do not know when they don’t know. Subjective confidence is an unreliable indication of the validity of intuitive judgments and decisions.

A concise definition of skilled intuition: The situation has provided a cue, which has given the expert access to information stored in memory, and the information provides the answer. Intuition is nothing more, and nothing less, than recognition.

Intuitive judgment can be trusted in cases of stable relationships between objectively identifiable cues and subsequent events. The other necessary condition is adequate opportunity for learning about the environment. If an environment provides valid cues and good feedback, skill and expert intuition will eventually develop in individuals of sufficient talent.

Expert intuition is also possible in environment of high uncertainty. Poker and warfare are examples. The best moves in such situations reliably increase the probability for success.

The essential ingredients of intuition

Although intuitive judgment cannot develop in irregular or unpredictable environments, individuals will sometimes make judgments and decisions that are successful by chance. These lucky individuals might be susceptible to an illusion of skill and to overconfidence.  They rely on heuristics that are false.

People sometimes have subjectively compelling intuitions even when they lack true skill, because the environment is stable or because they have not mastered it. Lewis described the weaknesses in the ability of baseball scouts and managers to judge the capabilities, contributions, and potential of players. Despite opportunities to acquire judgment skills, scouts and managers were often insensitive to important variables and overly influenced by such factors as the player’s appearance—a clear case of prediction by representation.

Subjective intuition can also result from biases: biases based on non-representative experience, incomplete memory, attribute substitution, reliance on representativeness, etc. “Anchoring” is one specific case in which a memory bias can cause intuitions to go astray.  For instance, look at the difference in answers to the following two questions:  “Is the average price of German cars more or less than $50,000?” versus “Is the average cost of German cars is more or less than $30,000?”

The so-called Pre-Mortem Method can reduce overconfidence and improve decisions. Teams using this method start by describing their plan. Next, they imagine that their plan has failed and the project has been a disaster. Their task is to write down all the reasons why the project failed. Each team member goes around the table and will tell their reasons, starting with the leader. The rationale for the method is that people can generate more criticisms when they are told that an outcome is certain. It also offers a solution to one of the major problems of decision-making within organizations: the gradual suppression of dissenting opinions, doubts, and objections, as are typically observed when an organization commits itself to a major plan.

Professionals who have expertise in some tasks are sometimes called upon to make judgments in areas in which they have no real skill.  Three professions—nurses, physicians, and auditors—exhibit genuine expertise in some of their activities but not in others.  For example, auditors who have expertise in “hard” data, such as accounts receivable, may do much less well with “soft” data, such as indications of fraud.  The ability to recognize that a situation is anomalous and poses a novel challenge is one of the manifestations of authentic expertise. Descriptions of diagnostic thinking in medicine emphasize the intuitive ability of some physicians to realize that the characteristics of a case do not fit into any familiar category and call for a deliberate search for the true diagnosis.

Weather forecasters, engineers, and logistics specialists typically resist requests to make judgments about matters that fall outside their area of competence. People in professions marked by standard methods, clear feedback, and direct consequences for error appear to appreciate the boundaries of their expertise. These experts know more knowledgeable experts exist. Structural engineers know that there’s times when chemical engineers, or even structural engineers working with different types of models or materials, are the rightful experts to be consulted.

Intuitions that originate in heuristics are not necessarily wrong and are quite useful, but sometimes they lead to severe and systematic errors. Heuristics are simply less trustworthy than intuitions that have been rooted in specific experiences. Unfortunately, people are not normally aware of the origins of the thoughts that come to their minds. Subjective confidence is often determined by the internal consistency of the information on which a judgment is based, rather than by the quality of that information. As a result, evidence that is both redundant and flimsy tends to produce judgments that are held with too much confidence. These judgments will be presented too assertively to others and are likely to be believed more than they deserve to be. The safe way to evaluate the probable accuracy of a judgment is by considering whether the environment in which the judgment is made is predictable as well as the judge’s history of learning the rules of that environment.

In case of weak regularities, algorithms sometimes do better than chance. These algorithms only achieve limited accuracy, but they outperform humans because of their advantage of consistency. Algorithms significantly outperform humans under two quite different conditions. The first is when the predictability of the environment is so low that detecting weak regularities and maintaining consistency of judgment are critical; the second is in highly predictable environments, where occasional lapses of attention can cause humans to fail. Automatic transportation systems in airports are an example in that class.

The evaluation and approval of personal loans by loan officers is an example in which algorithms should be used to replace human judgment. Identifying the relatively small number of defaulting loans is a low-validity task because of the low base rate of the critical outcome. Algorithms have largely replaced humans in this task, using as inputs objective demographic and personal data rather than subjective impression of reliability. The result is an unequivocal improvement: We have fairer loan judgments (i.e., judgments that are not improperly influenced by gender or race), faster decisions, and reduced expenses.

Alexander Koto, a Soviet grandmaster of the past century, once said that, “in order to become a class player whose understanding of chess is superior to the thousands of ordinary players, you have to develop within yourself a large number of qualities, the qualities of an artistic creator, a calculating practitioner, and a cold calm competitor.” In other words, “Chess is everything: art, science, and sport.” (Anatoly Karpov) To balance that speed and exactitude for the moment of need is a muscle to train, stretch, and continue to the develop throughout life.