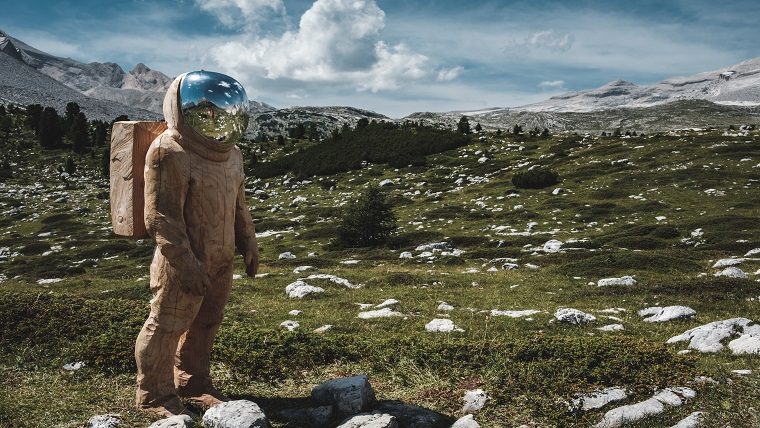 This article is part of the THNK VIEWS series. We bridge theory and practice on organizing imagination and innovation by extracting key implications and offering new insights to innovation practitioners. This article builds on A Multi-Level Model for Organizational Ambidexterity in the Search Phase of the Innovation Process by Silvia Cantarello, Antonella Martini and Anna Nosellav, on accepting and mastering paradox.

Have you ever had to endure and live with a paradox? Say, a parental divorce or belonging to a cultural or religious minority in your community or country? For children, it is hard to grasp that they can love both parents if those parents no longer love each other. The same applies to marriages of competing religions or migrants that are proud descendants of both their country of origin and proud citizens of their new country – who might feel that society forces them to choose between the one or the other, instead of fully embracing and celebrating both.

When Dutch leadership guru Harry Starren recruits new talent, this is what he asks candidates. He prefers to hire those that have had to resolve such paradoxes in their lives. His reasoning? The world is filled with paradox, so tomorrow’s leaders must be able to deal with contradiction.

Like the examples mentioned above, companies need to constantly change and renew to survive and flourish in today’s chaotic world. To do so, ambidexterity has become a key skill to be mastered. Traditionally referring to the ability to write using both hands, business ambidexterity is an organization’s capability to balance and reconcile conflicting goods, e.g. the exploitation of core activities with the exploration of new business opportunities that may end up cannibalizing your current business —a seeming paradox. For a long time, management theory emphasized the need to separate the two as opposing strategies, such as splitting the tensions between exploitation and exploration across time and space.  The article A Multi-Level Model for Organizational Ambidexterity in the Search Phase of the Innovation Process by Silvia Cantarello, Antonella Martin, and Anna Nosella, proposes a multi-level approach for dealing with ambidexterity in your organization, and argues that companies should:

On an organizational level, this makes sense – you can re-organize your departments, or adopt horizon thinking in your business strategy in many ways. Ray Stata, CEO of Analog Devices, built a soundproof room next to his office where he and COO Jerry Fishman could fight. The duo says this allowed them to solve conflicts and maintain the right balance between Analog Device’s opposing business strategies of exploration and exploitation. To balance the two, Stata focuses on maintaining the big picture and seeking new business opportunities, while Fishman works to optimize operational efficiency and core company activities.

How can we instill such dual mindsets in individuals?

Admiral Jim Stockdale was held captive during the Vietnam War for eight years. Upon seeing many of his fellow inmates die, he realized that it was always the most optimistic that died: “those that believed they would be out by Christmas, or next Easter.” Though hope gave them optimism to endure prison life on the short term, hope turned into deep despair —the self-delusion of optimism and years going by without any true progress became too much for them. Stockdale, however, while firmly believing he would get out, did not allow his faith to blind him to his actual situation. He was able to endure and survive captivity, precisely due to his ability to accept and face reality. He had full faith that he would prevail in the end, while simultaneously confront his every-day reality of life in prison. His faith and perseverance enabled him to set in place mechanisms that paved the way to his ultimate release, for example by writing letters to his wife containing key intelligence information on his whereabouts and living conditions.

For Ryan Martin, author of The Opposable Mind, integrative thinking is the ultimate exercise in creativity. Admiral Stockdale kept strong faith and his feet on the ground for more than eight ears. As it turns out, we are being culturally wired to prefer and use one way of dealing with paradox over the other, which adversely affects our leadership capabilities.

Experiments that compared decision-making and teamwork effectiveness between teams of students from the United States to teams of East Asian descent found equal levels of conflict in both. However, the experiments also showed that while conflict negatively affected team performance and output from the North American teams, group performance of the team consisting of Chinese, South Korean, and Japanese descent were in no way affected by the group tension.

In all instances, culturally biased thinking and the presence or absence of dialectical thinking was found to be a mediating factor. Depending on culture, people respond to contradiction differently – after all, logic is a product of tradition. Western thinking is based on Aristotelian logic, whereby the sky is all-blue or not all-blue. We are culturally conditioned into thinking in “either/or” thinking.  When presenting students with contradicting proverbs, students from Chinese descent are more likely to argue that both statements are true, while students from American descent simply pick one side of the argument, and will fiercely stick to one side of the contradiction.

Eastern thinking is dialectic in nature, meaning that contradictions are allowed and accepted. Not only can the sky both be all-blue and not all-blue, it is probably in the process of becoming all-blue or not all-blue. Change and contradiction are central to Eastern dialectic thinking. According to the latter, “to think about an object or event in isolation and apply abstract rules to it is to invite extreme and mistaken solutions. It is the middle way that is the goal of reasoning.” No truth is absolute; the universe is unpredictable and constantly changing, giving rise to tolerance for contradiction. However, Western dialectic thinking has been largely confined to Hegelian heuretics, which uses two contradicting statements to come to a new synthesis.

This is not to say that Western thinking is less valuable – it just depends on what any given situation requires. As said, studies show that students with American or European backgrounds were more decisive. This, too, is an important leadership skill. The above findings show, however, that the ability to hold and tolerate contradiction is also very valuable in today’s business environment.

At the very core, creative leadership is about recognizing how massive change and stability paradoxically work together. Some situations require divergent, creative thinking, the solving of paradoxes, while others simply require acceptance of contradiction. Whether you remove complexity simply by accepting its existence, or by resolving it, creative thinking requires the mastering of both logical and paradoxical thinking —and knowing when to use which one.

Learn how to accept and master the paradoxes in your life in the THNK Executive Leadership Program.