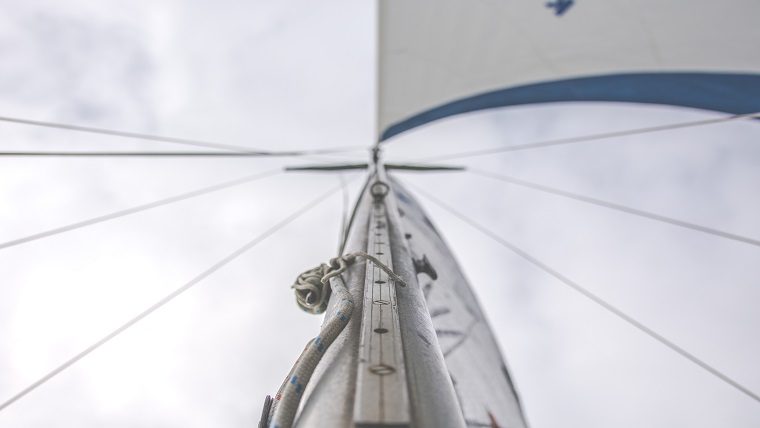 This article is part of THNK VIEWS. We bridge theory and practice on organizing imagination and innovation by extracting key implications and offering new insights to innovation practitioners from a rich database of research papers. This article is based on the research paper Business Model Innovation: Propositions on the Appropriateness of Different Learning Approaches by Petra Andries and Koenraad Debackere and looks at business model commitment and experimentation.

Successful business model innovations (BMI) can disrupt entire industries and change the rules of the game. While most companies actively look to bring new products and services to the market, business model innovations are usually left to startups that have yet to find their ideal value proposition, customers, or overall success formula —incumbents prefer business as usual. Understandably so: expanding products or service lines is easier than changing a firm’s entire strategy and logic. BMI requires changes be made to the systems, processes, and visions underlying your products and services. Why change a strong formula? For one, chances are outside conditions are changing, causing you to lose out on business in the long haul.  This is what a new study suggests.

Their findings also suggest that in the short term, business commitment is key. This makes sense, as committing to a specific business model ensures that you learn to become better at its execution. In addition, you have to be thoroughly convinced about your idea and vision to ensure action orientation and attract sufficient funding and support. Investors are not likely to fund a business model knowing that key underlying aspects might change the next day. This also explains pressure from funders to stick to the chosen business path on the short term.

Second, the study also shows that radical business model innovation is only superior to the other approaches in cases of low ambiguity. In all other cases, incremental experimentation outperforms business commitment or radical innovation on the long term. This, too, makes sense: radical experimentation is a very risky endeavor, so you will want to maximize your certainty about any moves and changes you make. We would add that ever-changing market conditions present uncertainties, so a low ambiguity situation would typically be one where the current model is in desperate need of a change in direction.  An example would be for newspapers to move to online platforms and change their century-old business model accordingly.

On the other hand, consider a clean tech start-up that builds a business on car battery filling stations. In present day, cars running on batteries need to be charged. Rather than having to re-charge your car at fixed stations, this firm creates stations where you can simply switch your (near) empty battery for a fully filled one, similar to conventional filling stations. This idea —whether implemented by a start-up or incumbent car provider— has the potential to revolutionize the car industry. But what do you do when car batteries become so efficient that these battery-trading stations —and with it your business model— become superfluous? Here we have a perfect example of a radical business model innovation facing a situation of high ambiguity.

You would assume such a company would have a back-up plan, but as Mike Tyson once said:  “everyone has a plan, until they get punched in the mouth.”

Eric Ries talks about businesses operating like the living dead or as compulsive jumpers. The living dead are “expending energy but not really making progress, always hoping the next new feature will cause traction to magically materialize”, while compulsive jumpers “never pick a single direction long enough to find out if there’s anything there.” His advice? Avoid becoming either. “Don’t get stuck in dead-ends, but don’t just jump either.” Don’t commit for too long, but don’t hold on to a sinking ship —“Pivot instead.”

Pivoting, a practice that is gaining increasingly popularity in the start-up tech world, refers to a reconsideration and re-balancing of business strategy, e.g., as a result of critical feedback or newly-discovered opportunities. The term stems from basketball, referring to a technique to beat your opponent. While holding one foot firmly in place, you move the other into another direction. When your opponent responds, you try again, this time moving into another direction, observe reactions, and based on that determine your next step and score. Incremental experimentation allows you to move into different directions, experiment with different strategies, all the while simultaneously holding your main current business activities firmly intact, until a viable opportunity presents itself.  This is the less risky alternative —and the one less likely to upset investors and employees—offering a more gradual pathway to constantly adjust and improve your business model.

Pivoting and incremental experimentation should be seen as step-by-step improvement. A recent op-ed suggests that large companies often do not realize gradual business model innovation is an option. Large businesses struggle wrongly assume it is an all-or-nothing approach, without realizing that change can be the result of a “try, experiment, and then decide” mentality. Consider the retreading of a ship: instead of waiting for the existing structures to fall apart or capsize, forcing you to go down or buy a new one altogether, you keep the well-functioning components of the ship, while slowly and gradually changing those that hold you back. An age-old paradox asks whether an object that had all its components replaced is fundamentally the same object? If all parts of the ship are replaced through time, is it still the same ship? Perhaps so, perhaps not. Does it really matter? Either way, the ship keeps sailing.

To discover the most effective ways to innovate your company’s business model, join the THNK Executive Leadership Program.