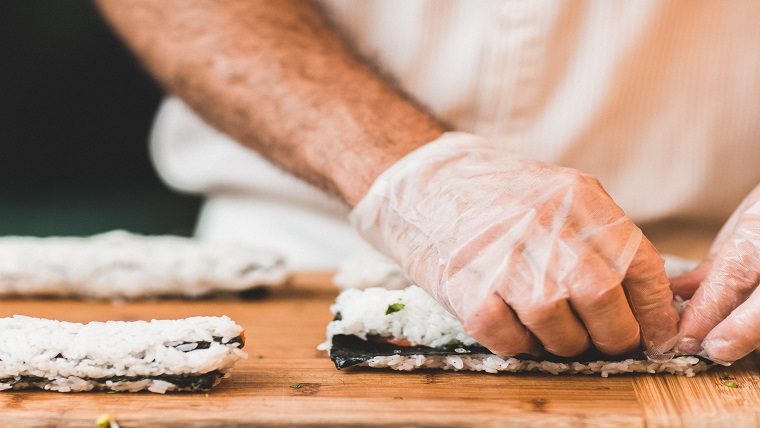 This article is part of THNK VIEWS. We bridge theory and practice on organizing imagination and innovation by extracting key implications and offering new insights to innovation practitioners from a rich database of research papers. This article is based on the research paper Creative Hot Spots: A Network Analysis of German Michelin-Starred Chefs by Florian Aubke.

Chefs who work in the haute cuisine world of Michelin-starred restaurants boast outstanding talent and craftsmanship. Is there a link between these restaurants and budding culinary innovation? There appears to be one, as every chef listed in the “Most Prominent Innovators” works in the kitchen of a starred restaurant. Does working at a Michelin Star eatery – with its corresponding social environment – directly relate to innovation creation? In a recent study, Florian Aubke tracks the career paths of several Michelin-starred chefs, exploring the role of these restaurants on creativity and innovation. We extract some key lessons, stretching far beyond the kitchen, and investigate the role of any social environment on nurturing creativity and innovation.

Alvin Leung, the owner of BO Innovation restaurant in Hong Kong, currently holds the top spot of Best Emerging Chef, a renowned title in the haute cuisine industry. Born in London and raised in Toronto, Leung never attended a culinary institute. Instead, he obtained a degree in engineering, adding an “interesting specificity to his aesthetics”, allowing him to reinvent Chinese cuisine through reverse engineering. As he pursued his culinary path, Leung received training from three of the greatest chefs alive today: Ferran Adrià, Heston Blumenthal, and Joël Robuchon. Often described as a young iconoclast, he labels his dishes “x-treme Chinese cuisine”. In other words: Great Technical Skills + Tradition + New Products = Alvin Leung.

What does this tell us about innovation and creativity? How much of Leung’s innovative dishes can be attributed to his persona and his uncommon educational background? Or did his Michelin-starred mentors play a key role in fostering Leung’s culinary creativity?

Aubke’s study reiterates that all culinary chefs have deep domain-specific knowledge, a much needed prerequisite for creative innovation. This is true for more types of innovation: Outliers author Malcolm Gladwell explains that many innovators experienced a breakthrough only after having developed a deep understanding of the common practices in their chosen field of expertise, famously asserting that mastering any given skill requires 10,000 hours of deliberate practice. Needless to say, experience and domain specific knowledge are key to nurturing innovation. According to critics, “Leung’s training as an engineer is manifested in everything he presents, becoming a key ingredient to his signature high-tech cooking. He puts together dishes with engineering precision, substituting ingredients and methods of cooking until perfection is achieved. A single dish can take months to perfect, discovering latest innovative cooking techniques.” Leung simply states his engineering background allows him to “think logically from composing the dishes and running the kitchen.”

Another determinant of cultivating creativity is in the social environment, with research confirming the importance of the role it plays. Culinary chefs operate in a setting that includes a community of practitioners and food critics.  Social environment often judges the level of creativity, thus assuming the role of an external validator. This also applies to other industries, for instance business startup communities, in which entrepreneurs cook up the best practices while venture capitalists play the role of the the food critic.

However, the nature of the relationship between creativity and social environment is quite different from what one might expect. Maintaining weak ties with the social environment seems optimal to foster creativity, as strong ties often lead to having the same references and insights. Consequently, novel information, innovations, and trends are more likely to emerge in a network of weak ties. In other words, if a person has access to a diverse group of people, the likelihood of a knowledge exchange of alternative ideas and solutions enhances.

In the context of haute cuisine, it was found that three star chefs have worked in fewer restaurants throughout their career compared to one star chefs. Furthermore, same star chefs have not worked in same restaurants. Chefs were also less likely to collaborate with chefs from the same age group. These findings suggest that culinary chefs need older mentors, especially in their early development. After gaining sufficient domain-specific knowledge, it is best for chefs to tread their own path of innovation and further their personal development to cultivate creativity to the fullest.

The example of Syrco Bakker, another innovative top chef, reiterates these findings. Though only 30 years old, he is already the head chef at Dutch restaurant Pure C. After experiences working under Jean-Georges Klein and Jonnie Boer, Bakker found his creative mentor in Sergio Herman. Bakker firmly believes that his Indonesian heritage fostered his culinary creativity and provided him with diverse and unique sources of inspiration to add new twists and turns to his cuisine.

What should innovation practitioners take away from this? While deep domain specific knowledge is key to innovation-creation, there is much to learn from not getting caught up in the existing norms, values, and status quos in your field of expertise. Learn all there is to learn, without losing sight of what distinguishes you from others.

To discover how your social environment can more powerfully impact your creativity and innovation, join the THNK Executive Leadership Program.